The Winsford rock salt mine is the U.K.’s largest and oldest working mine. It lies approximately 150 meters under the Cheshire countryside and has a fascinating history, which began in 1844 when local prospectors were searching for coal.

During the late 19th century the salt industry descended into chaos due to over-capacity. In 1888, Salt Union, which consisted of 66 salt operators from the area was formed in an attempt to bring order to the market. However, with salt also being supplied from the Northwich mines, the market remained over-supplied and in 1892, the Winsford Mine was closed. In 1928 the last mine in Northwich flooded, resulting in the re-opening of the Winsford Mine.

The Winsford mine is Britain’s largest supplier of natural rock salt, which is used by maintenance professionals to thaw icy roads in wintry weather. The company works in partnership with local authorities and private contractors across Britain to find practical solutions for the local supply, safe storage and spreading of rock salt. In addition to supplying rock salt, Compass Minerals U.K. also developed DryStore®, a unique salt-covering system that helps salt stocks stay dry while in storage.

The Winsford Mine was the first Compass Minerals production facility to purchase a continuous mining machine to replace the traditional drill-and-blast method of salt extraction. The continuous mining process uses a machine to cut rock away from the mine face. It’s simpler, takes less mining equipment, less underground transportation machinery and less manpower than the drill-and-blast process that it replaces, and reduces fuel use and emissions.

More than a century of mining has left a void under the countryside that features consistent temperature and humidity levels, and is naturally free from the dangers of ultraviolet light, vermin or flooding. It is the size of 700 football pitches and continues to grow as a salt is mined every year. In 1998, DeepStore was established to take advantage of this unique storage space. Treasured paintings, historical records and architectural models are among the items stored in the Winsford location.

DeepStore has more than 1.8 million square meters of storage space that provides secure storage of items ranging from active records, to treasured paintings. One of the more well-known DeepStore customers is The National Archives, for whom DeepStore manages public records. 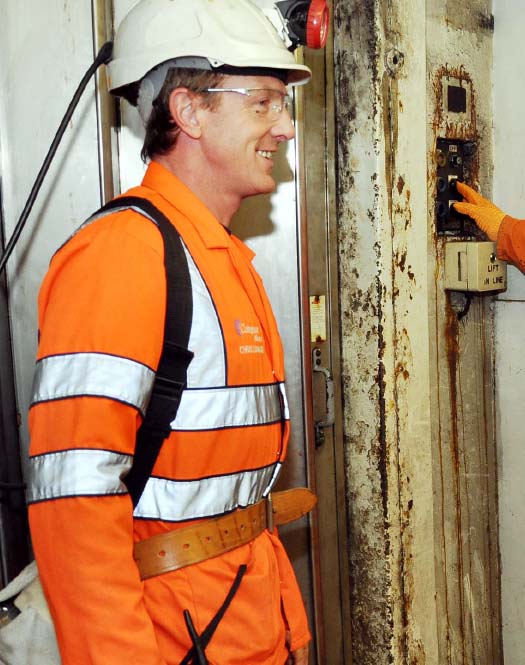