Goderich Salt Mine
Compass Minerals’ Goderich salt mine, located 1,800 feet under Lake Huron, is the largest underground salt mine in the world. The mine is as deep as the CN Tower in Toronto is tall. It has operated since 1959 and was acquired by Compass Minerals in 1990.

The rock salt produced at the mine is used to keep citizens in North America safe as they travel through winter snow and ice. The salt is shipped to hundreds of communities around the Great Lakes and along the St. Lawrence Seaway. Some of the salt is trucked to the Compass Minerals plant less than 4 kilometers away, to be packaged for distribution and sale at retailers in North America. The salt is also sold in bulk to manufacturers that make plastics, detergents, disinfectants and other important products.

Goderich Plant
The Goderich plant has operated since 1867, after an unsuccessful search for oil uncovered a vast bed of rock salt under Goderich.

Using mechanical evaporation, the plant produces high-purity, fine- and coarse-grained salt products in packages and in bulk for commercial, agricultural and industrial applications. The plant also packages rock salt from the mine that is used for deicing and water conditioning. 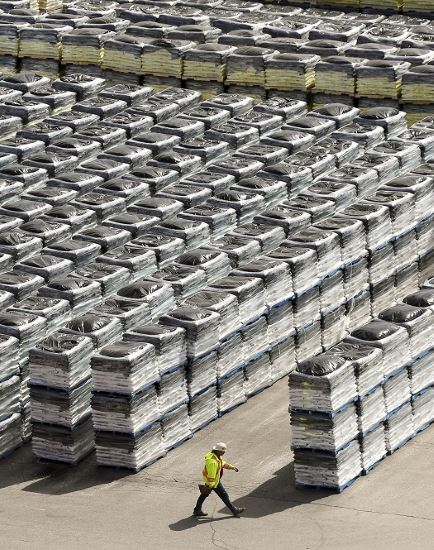