Geologists believe that 300 million years ago a narrow saltwater ocean covered what is now Texas, Louisiana and Mississippi. When the sea evaporated, it left behind a vast sheet of salt that then was covered by thousands of feet of sediment. Since the density of salt is generally less than that of surrounding material, the salt moved upward during geological shifts, forming domes. Thousands of years ago these upthrusts breached the surface marsh in several places. When more water turned the marsh into the Louisiana coast, the upthrusts became five islands – now named Cote Blanche, Avery, Weeks, Belle Isle and Jefferson. In 1961, salt mining began at Cote Blanche and in 1990 the mine became part of the Compass Minerals family.

Cote Blanche produces rock salt from deposits 1,500 feet underground – the equivalent of four football fields, end-to-end, and straight down. Barges from the mine deliver the rock salt to an extensive network of depots along the Mississippi and Ohio Rivers, stretching all the way to Minnesota and Pennsylvania, where the salt is used by governments and contractors for deicing roads. The salt also is sold to manufacturers that make plastics, detergents, disinfectants and other important products. Providing approximately 10% of America’s highway deicing salt, Cote Blanche salt mine is the largest producer of salt in Louisiana. 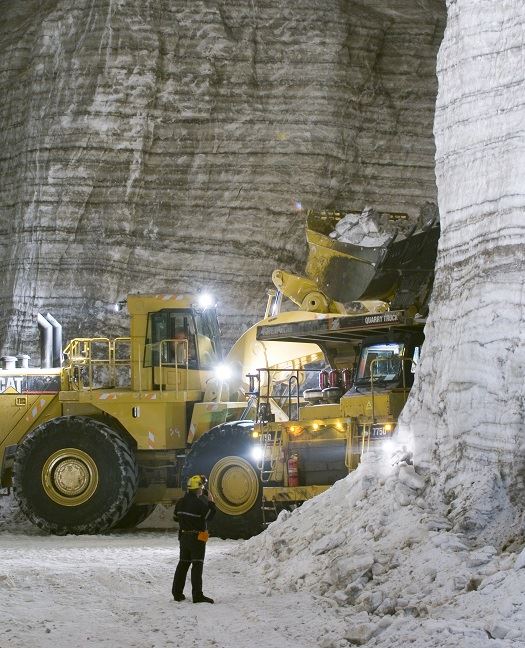