On May 13, the Goderich Mine Rescue Team won the Southern District of the Ontario Mine Rescue competition, taking first in all three categories: first aid, technician and team competition.

The regional competition tests the skills of teams of volunteer miners from Ontario who are trained to serve as first responders in mining emergencies. During the competition, the rescue teams are asked to perform the most challenging rescue situations a mine might experience – often while wearing full breathing apparatuses and maneuvering in the dark in order to create a realistic scenario. The competition helps the volunteers strengthen their rescue skills as they are judged throughout the scenario.

“Our team worked hard against tough competition to take the top honors,” said Gerry Rogers, vice president of operations at Goderich Mine. “These competitions are the peak of mine rescue training – we can rest assured that our rescue teams, and others in the area, are in top form.”

The next stop for the Compass Minerals team will be at the Provincial Competition held in late June. 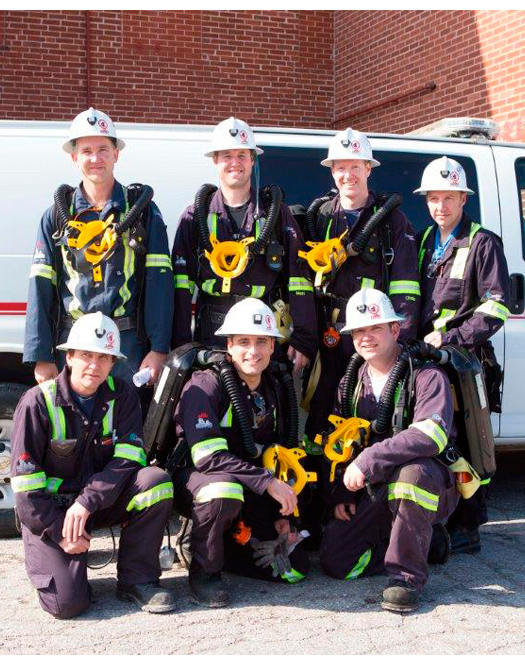