Goderich Mine Named Overall Winner of Mine Rescue Competition

On June 10, the Goderich Mine Rescue Team won the 67th annual Provincial Mine Rescue Competition. The team also won the Team First Aid Award and Drew Dalgleish, a shaftman at the mine, placed second in the technician competition.

The Compass Minerals team competed against six other Ontario mines in firefighting skills, first aid response, use of emergency equipment and decision-making ability under stress.

“Our team has put in long hours of training to ensure they are prepared for any challenges in the mine,” said Gerry Rogers, vice president of operations at Goderich Mine. “The competition proves they are in top form, and walking away with the first place trophy is a great source of pride for the mine.” 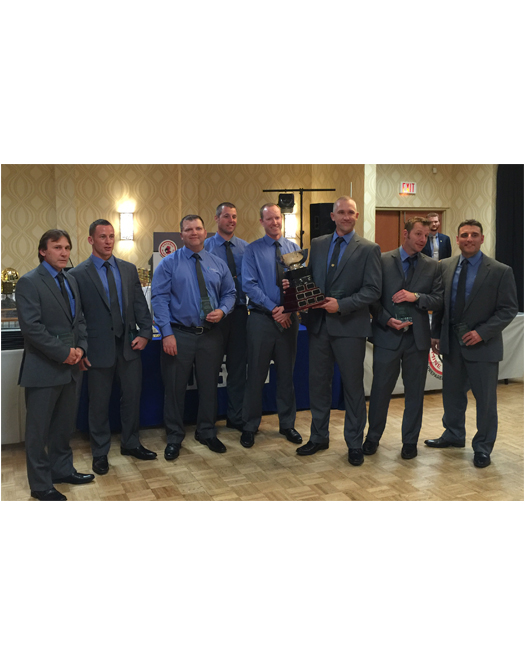