For the second consecutive year, Compass Minerals was named to Forbes’ list of the “100 Most Trustworthy Companies in America.”

“It’s a great achievement to be recognized among such notable companies,” said Fran Malecha, president and CEO of Compass Minerals. “This recognition reaffirms to our employees, customers, the communities in which we operate, and our shareholders, the high value we place on integrity.”

Companies are judged against their Aggressive Accounting and Governance Risk (AGRs) and scored on a 1 to 100 point scale. Factors considered include high-risk behaviors like regulatory actions, amended filings, revenue and expense recognition methods, and bankruptcy risk. Companies are scored on a 1 to 100 point scale, with 72 being the lowest score to crack this year’s list. Compass Minerals is listed in the mid-cap group, scoring a 97 for its current AGR and an 89 average AGR for the last four quarters. 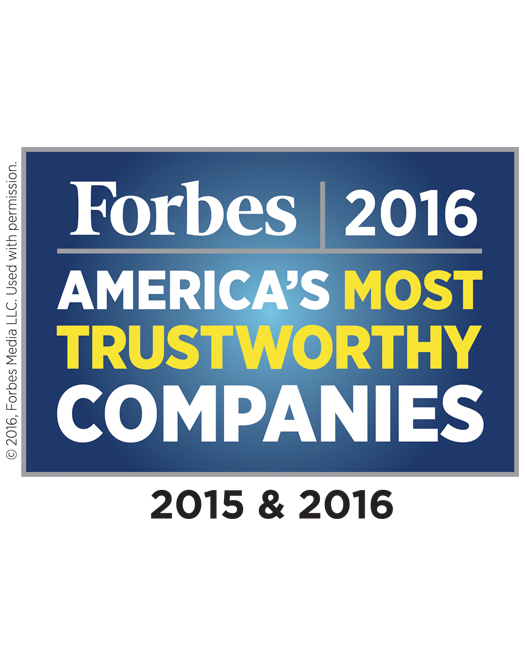